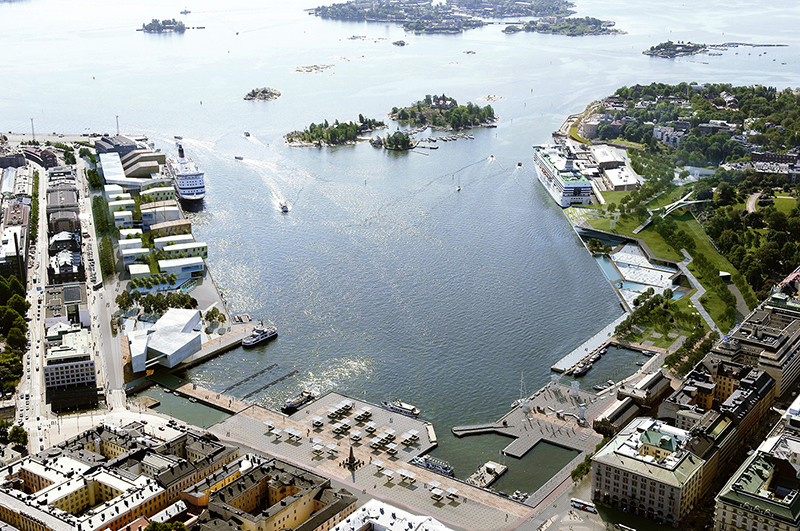 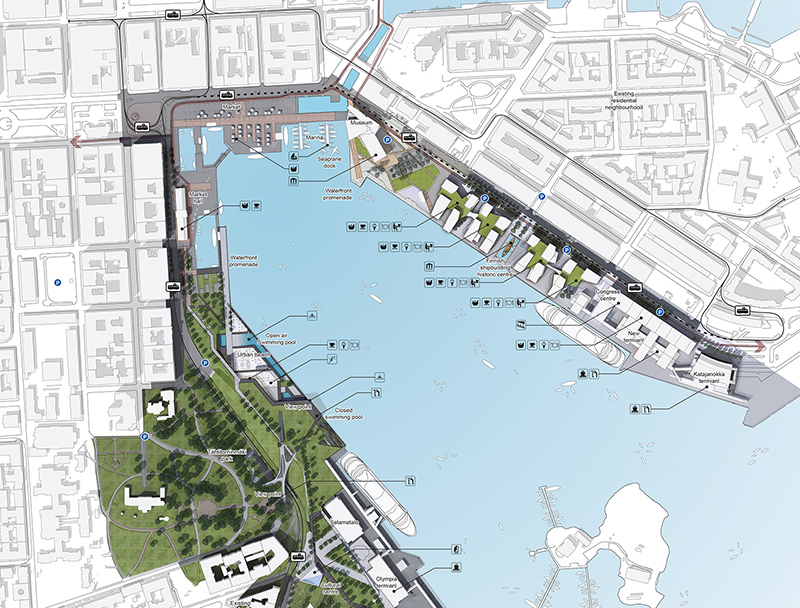 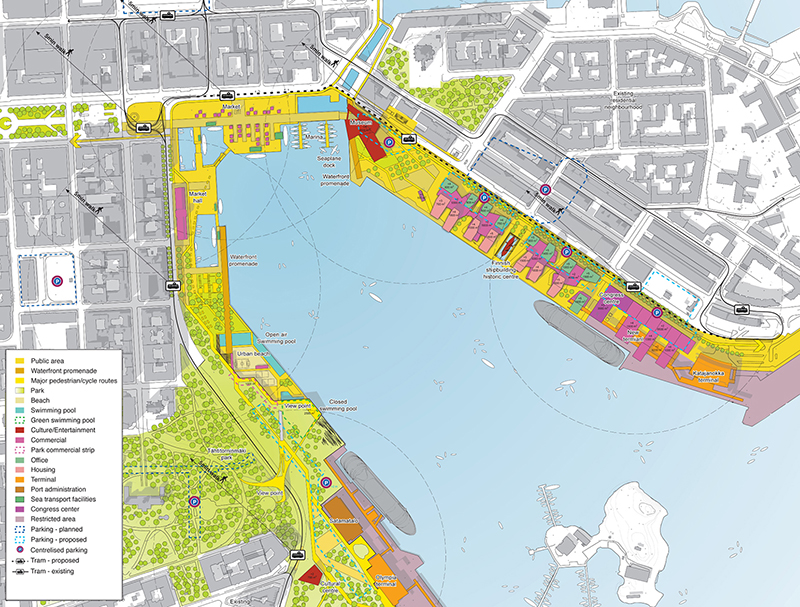 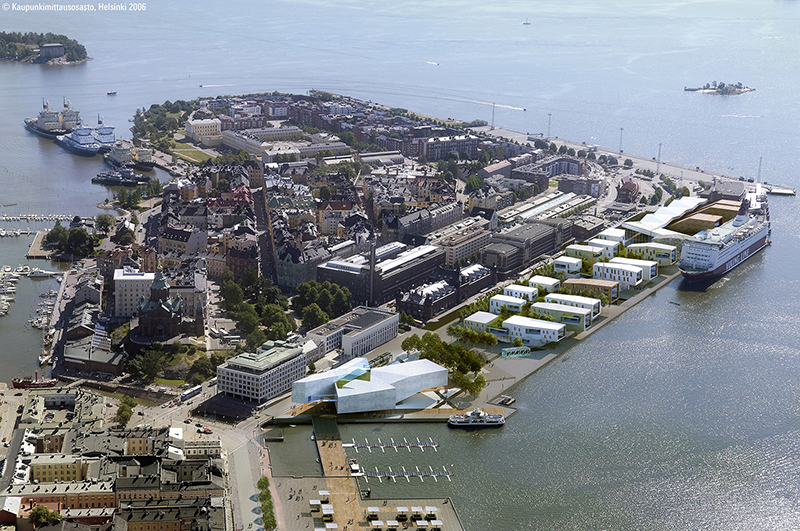 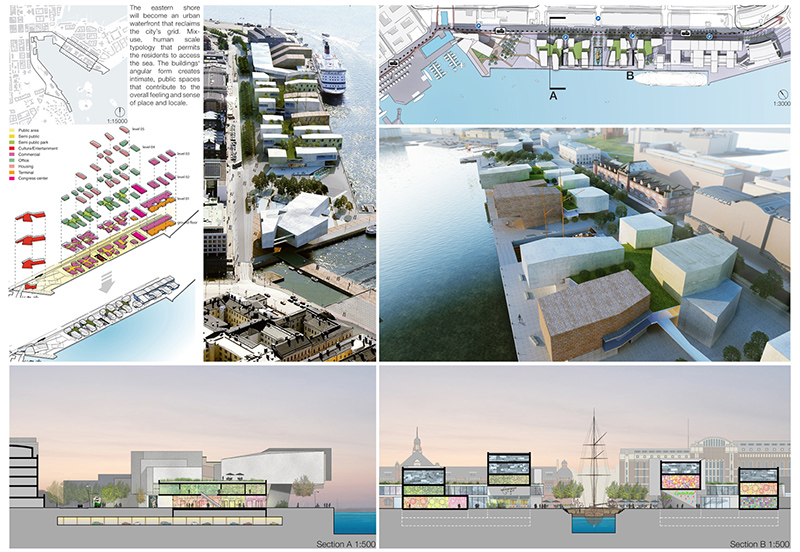 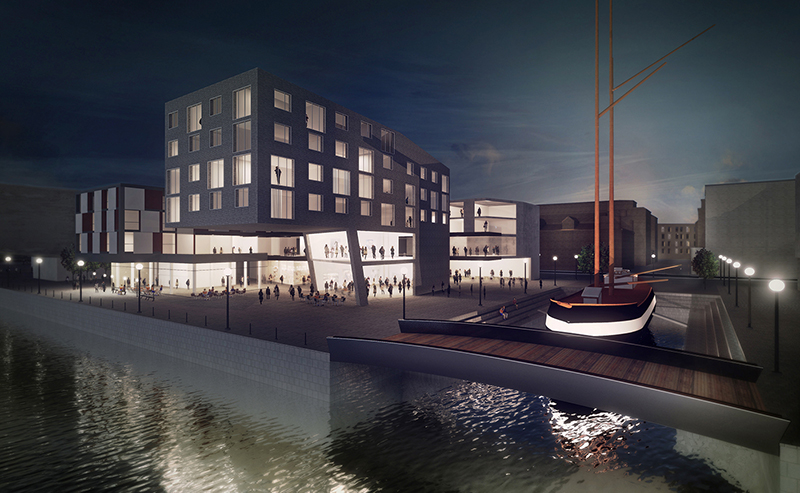 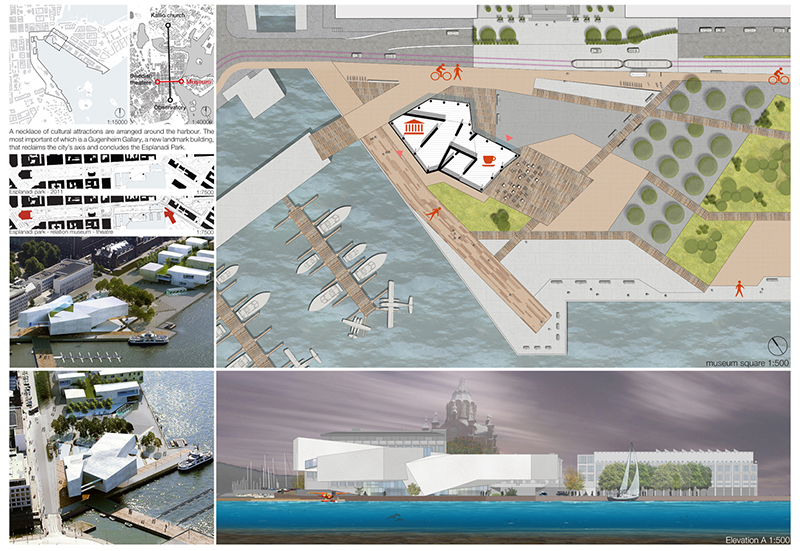 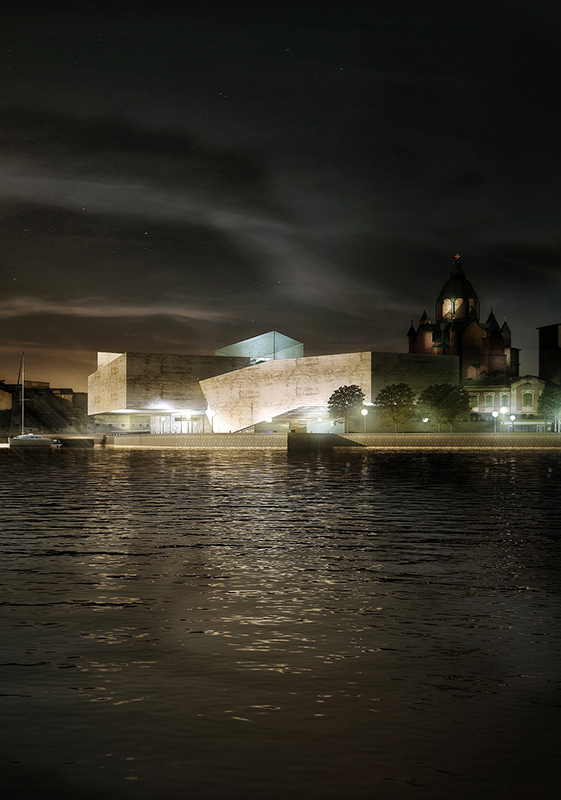 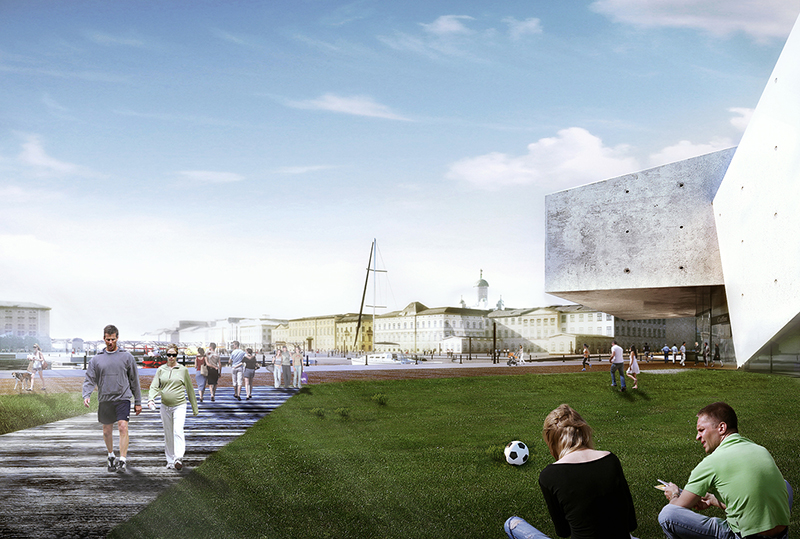 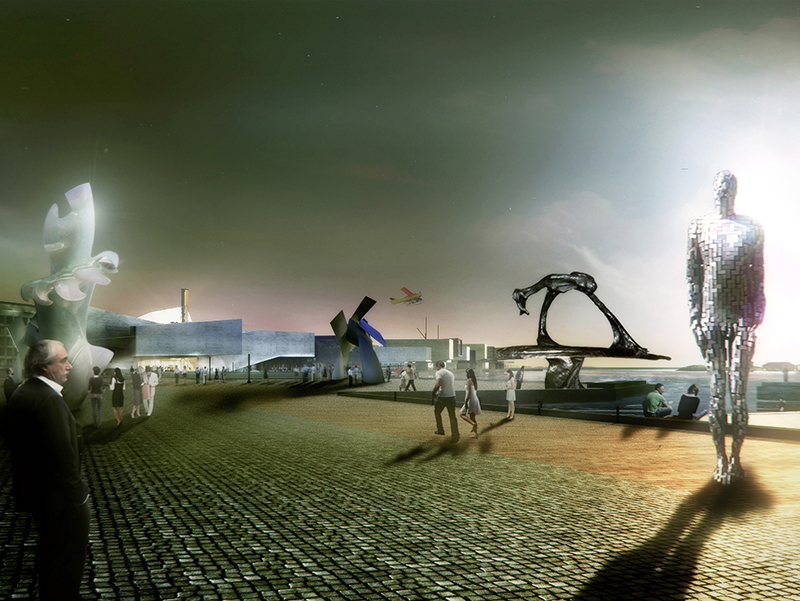 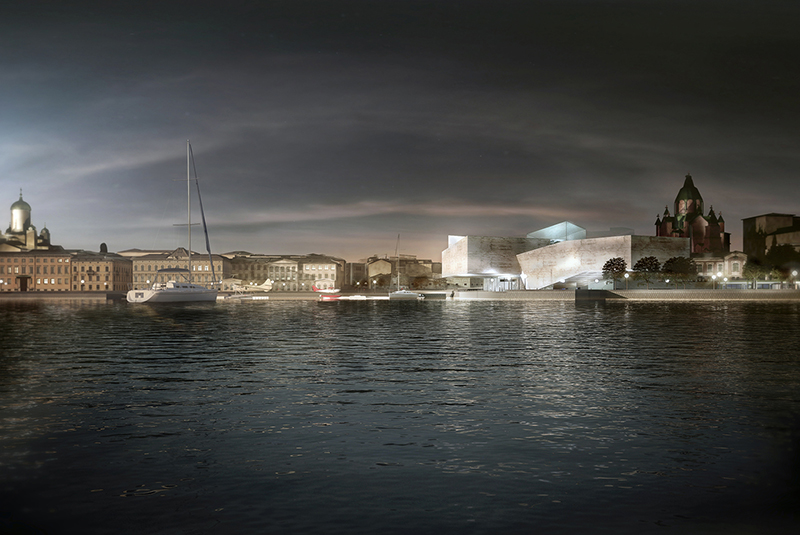 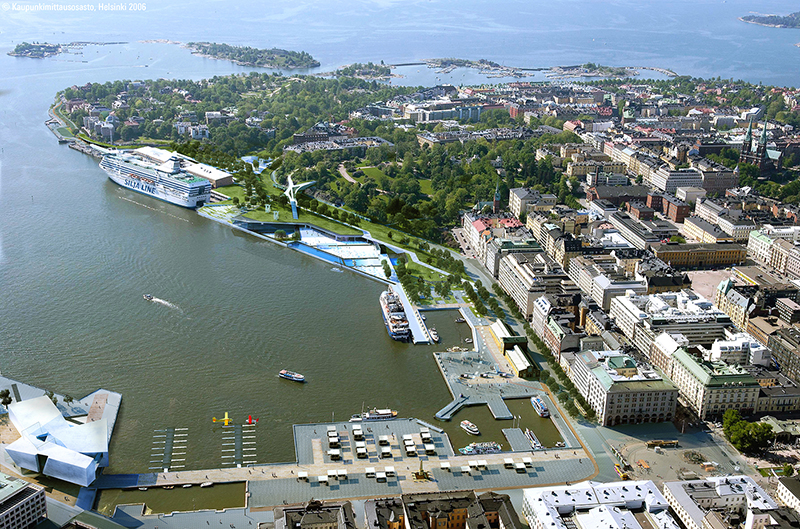 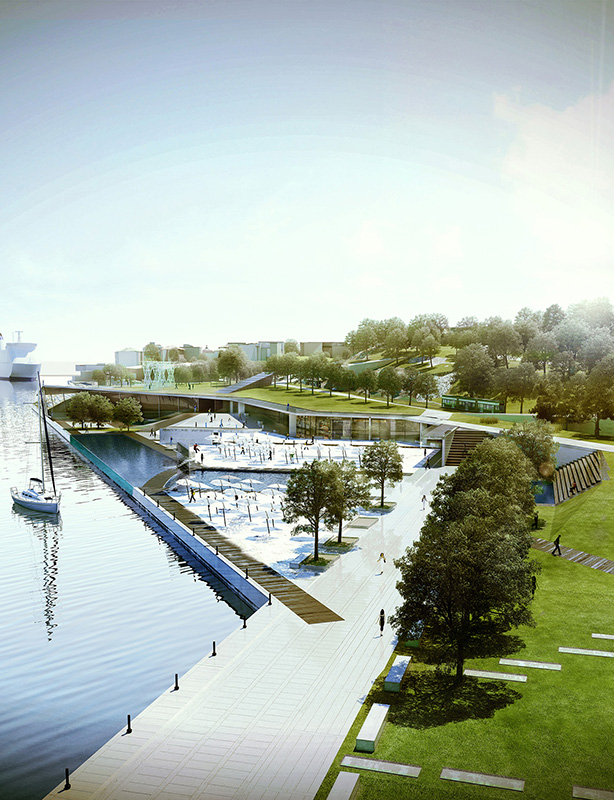 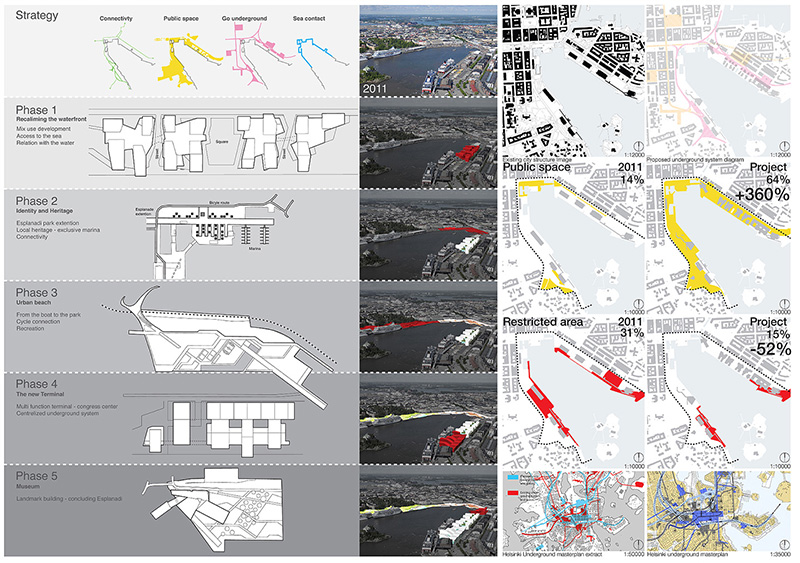 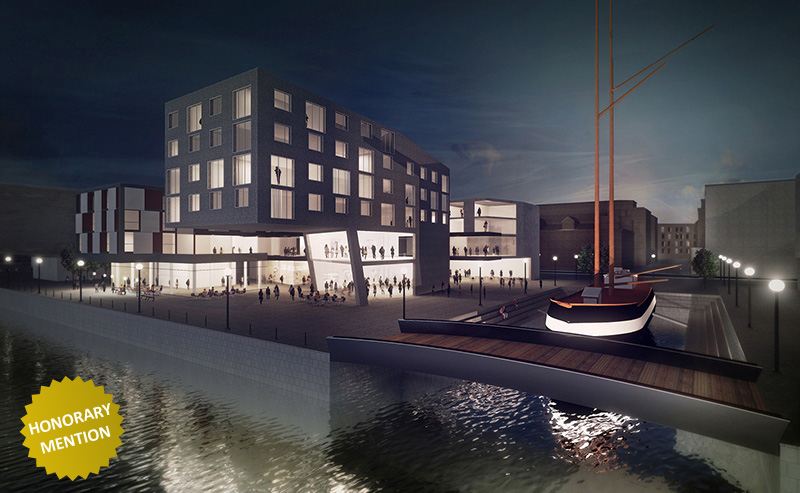 In the past few years it has conducted large scale transformations to accommodate new inhabitants in the unused port areas. Among these projects Helsinki conducted an international ideas competition for a new masterplan for the oldest, most historic, south harbor.

Over 200 proposals were received and evaluated and only 23 upper class project were then selected to be exhibited and evaluated further. The proposal won a second prize. It was considered among the top 7 projects just next to well-known urban design studios as MAXWAN from the Netherlands. Their project won the first place by the public at the exhibition in Lauturi, the city hall exhibition ground.

The project fits the urban context and its cultural and historical values, creating a new valuable layer to the city. The scheme creates enough pleasant and varying environments by the sea. The whole area would attract users in all seasons. Pedestrian and bicycle traffic routes and areas are considerably improved. The scheme is spatially coherent and the dimensioning is fitting.

The line of transversal buildings by the eastern waterfront is lively, creating exciting views. The terraces and park deck at the foot of west waterfront would form a fantastic place. The waterline promenade creates a nice whole. Many experiences made possible by the scheme would be inspirational. The environment becomes pleasant for pedestrians and cyclists. The room programme is realized with suitable quantity and without mistakes. The proposed masterplan stitches back together the disconnected urban fabrics. While the western shore works as a breeding ground for sports and extensive activities, the eastern shore is transformed into a lively urban zone, allowing the current and future residents of the city to enjoy the sea and its waterfront. Linking the two shores is the historic market square; an important element is the city’s identity, therefore it is kept intact with only minor circulation improvements. Moreover, new clusters of economic activities are arranged along the waterfront that will generate leisure, culture, recreation and social interaction and consequently new employment in a broad range of sectors.