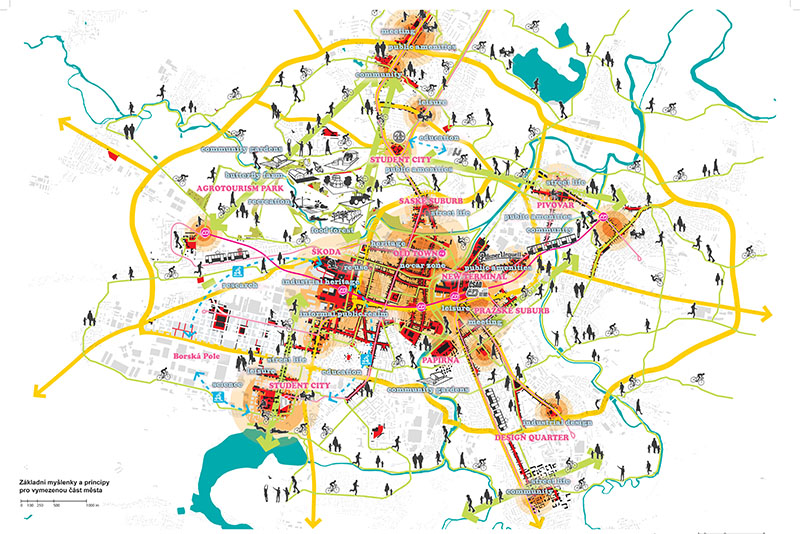 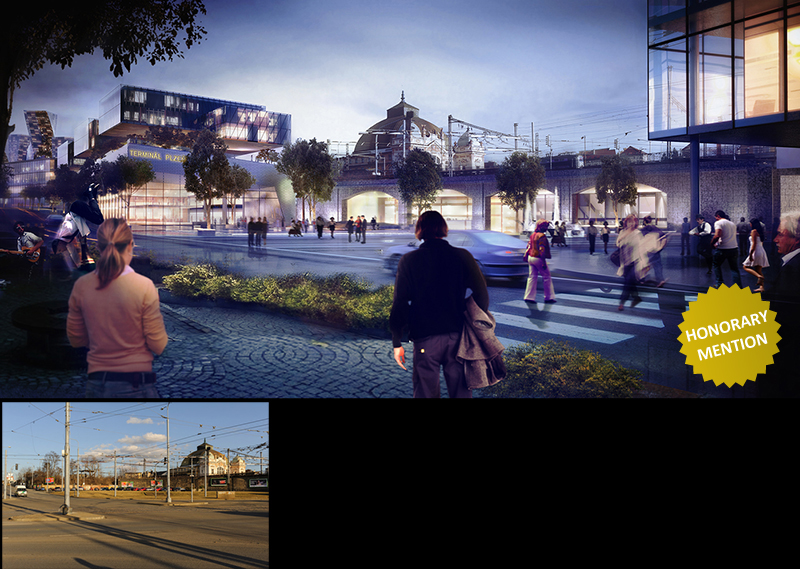 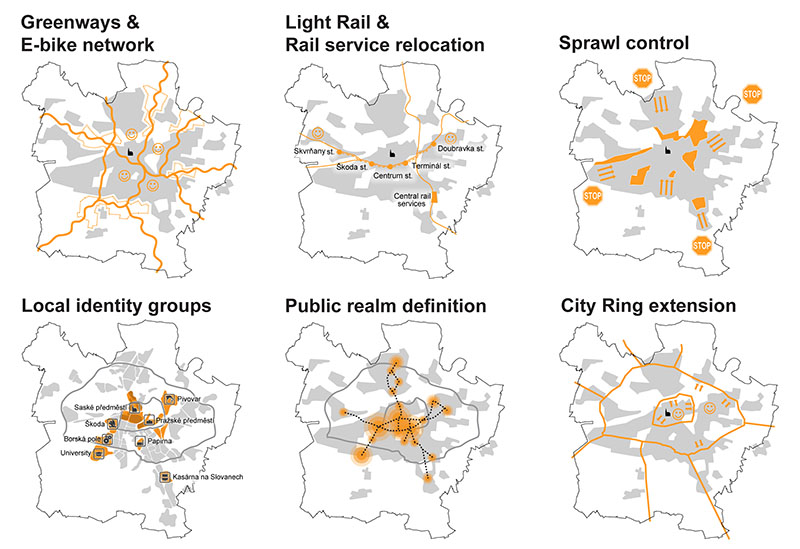 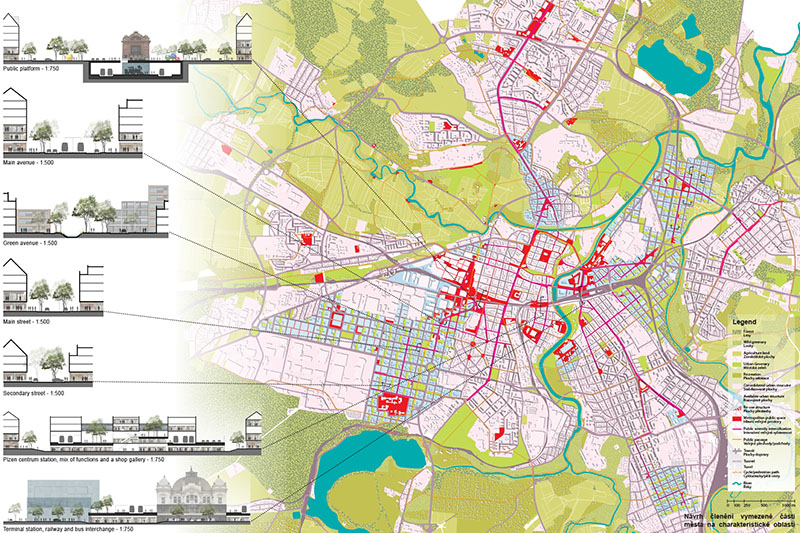 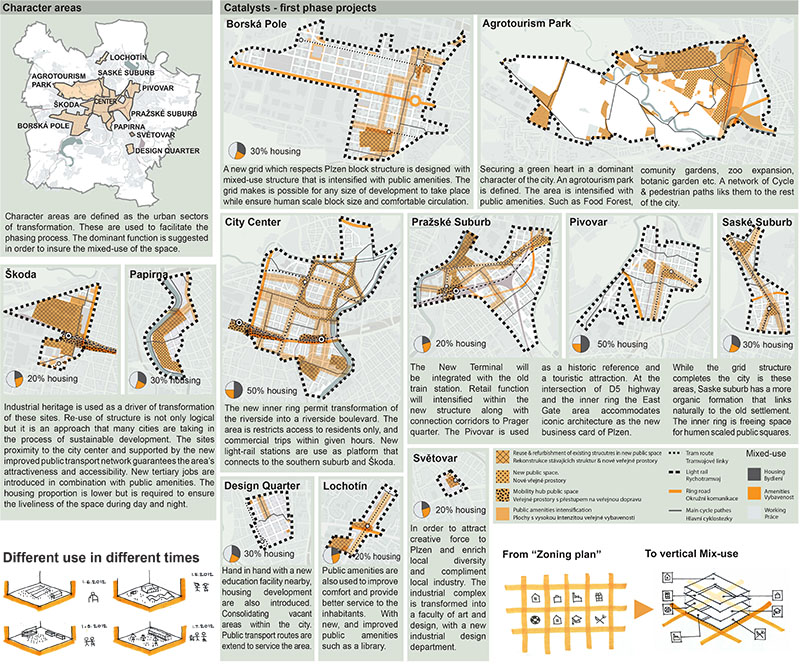 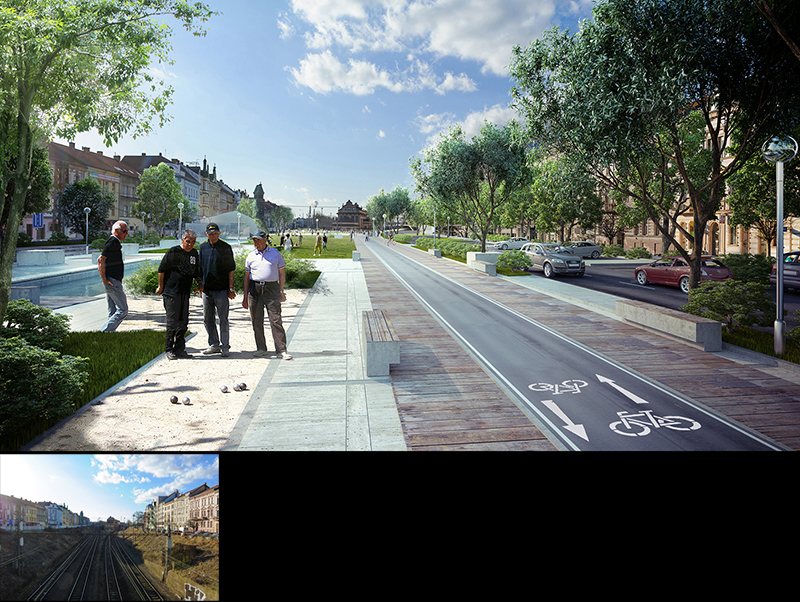 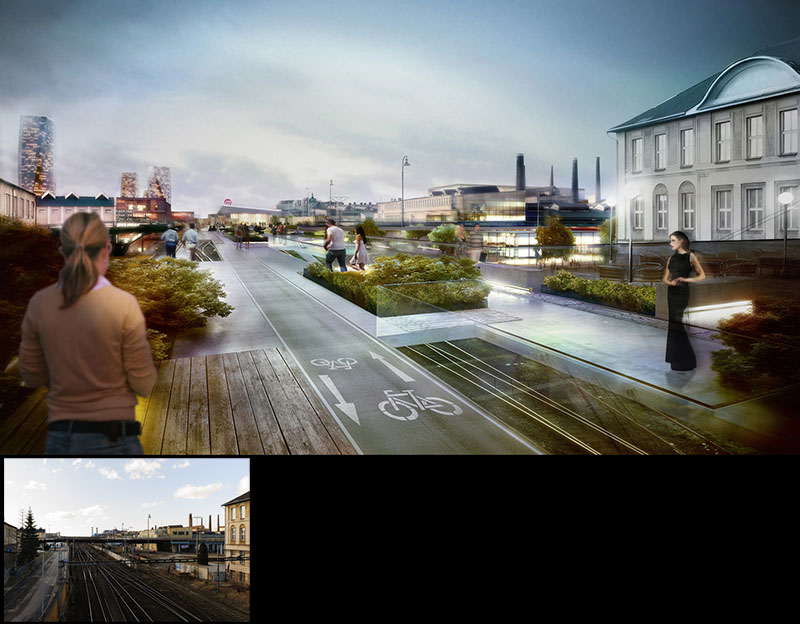 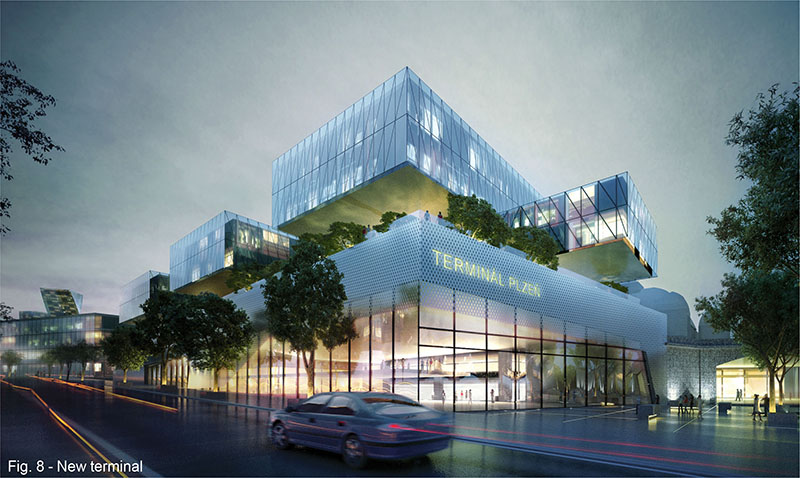 The city of Plzen has conducted an ideas competition for a new masterplan for the city. The proposals are now being exhibited in the city’s municipality hall. The jury has given MS Architects a prize for producing a unique and masterful proposal. Their proposed masterplan for a new metropolitan structure gives the city an entire new face.

The public space is the backbone of a new framework that defines a new metropolitan structure. The new metropolitan structure gives priority to the public realm, intensifying it, nourishing it by reclaiming space for it. Extending it to reach the entire city, with a widely spread constellation of public spaces. These are interwoven by a network of recreational routs of pedestrian and cyclist paths.  Public space is used as catalyst for a sustainable urban transformation that intensifies public amenities and activities.

The infrastructure restructuring allows the formation of an attractive city. A variety of space of different types and sizes give the city a new and improved look. Focusing on public amenities and encouraging socioeconomic development. They tackle the congestion problem with a very dignified manner, by changing the ring road plan around the city to benefit the entire Plzen agglomeration. In addition they extend and improve the public transportation network incorporating a new light rail line that connects the brownfields to the rest of the city thus promoting its sustainable development. Multi beneficiary developments are used to lure investors to a public-private partnership that guarantees a sustainable and feasible development.

The second most problematic condition was a result of the vast mono-functional industrial areas. These caused the city to be fragmented and together with the rail way cut the city in two and more parts. Industrial heritage is used as a driver of transformation, rather than a problem. It is one of a series of catalyst strategic projects that will reconnect the city and form one continues urbanity.