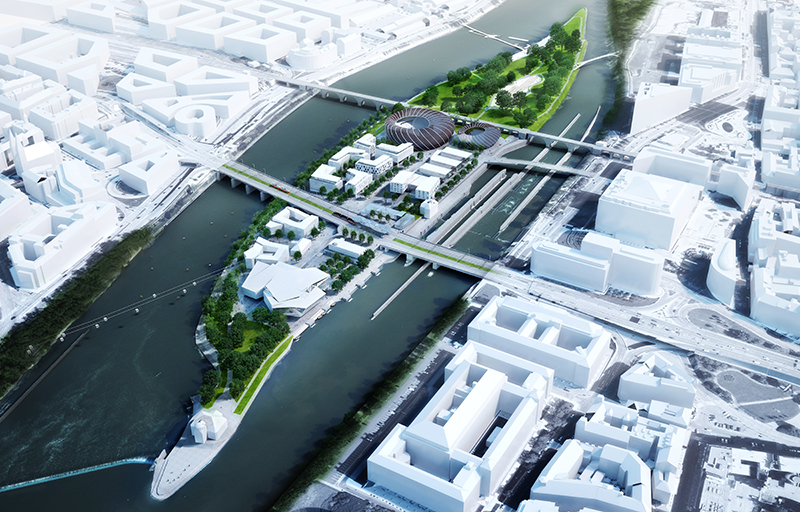 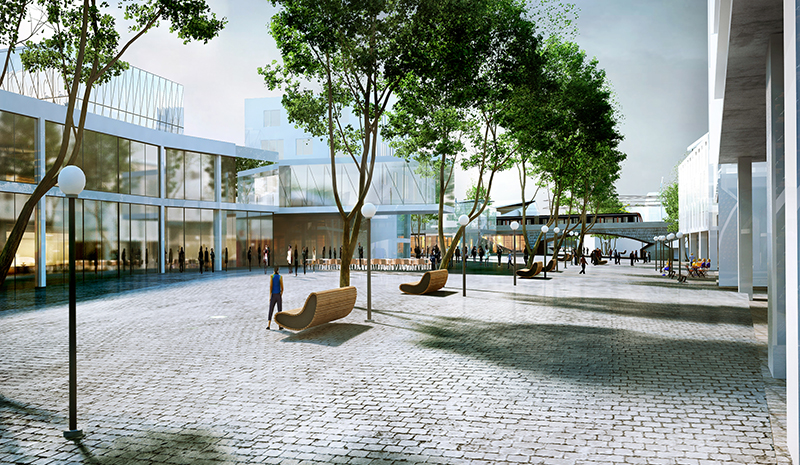 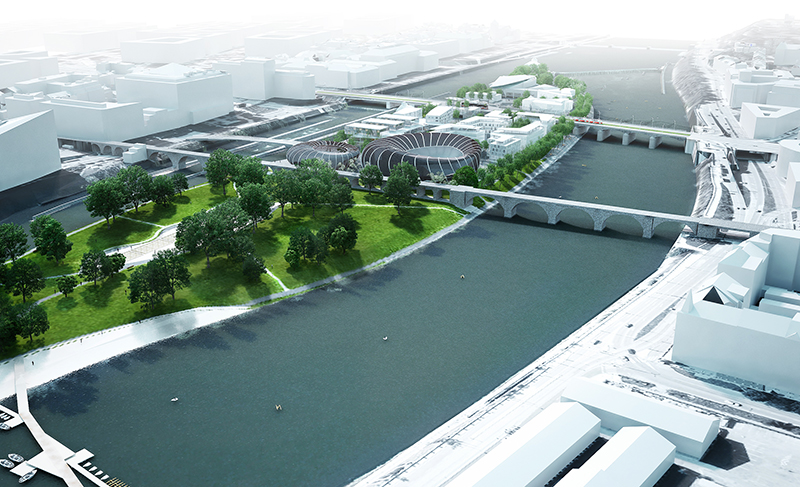 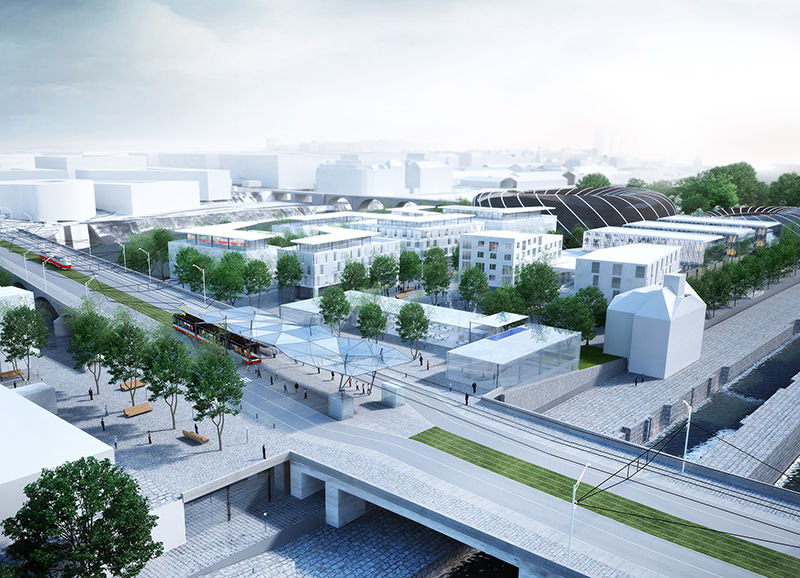 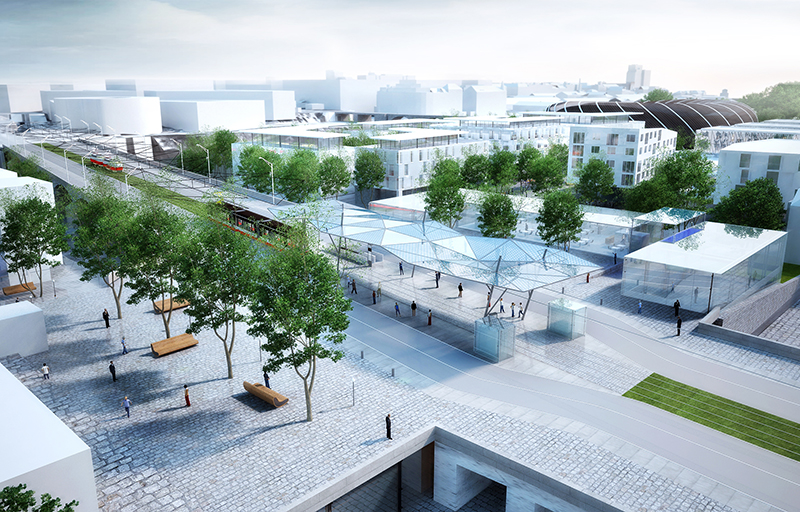 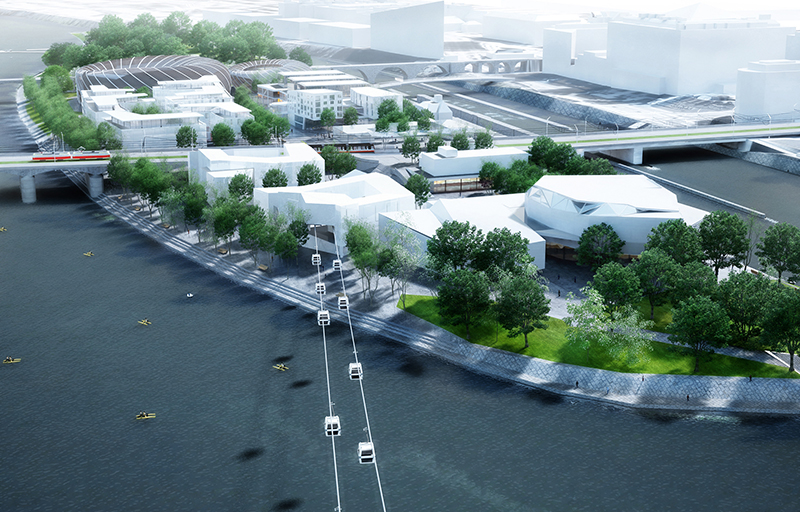 Štvanice island is the largest of all islands in the Vlatava river while passing through Prague. Originally there was a set of several islands that due to constant flooding and for the better functionality of the riverboat passage were transformed and made into one. Currently the Island is in big part a park. Other structures also reside with in such as a hydraulic power station, artificial whitewater course, a tennis stadium with adjacent tennis courts, BMX course and a seasonal ice-skating ring.

Even thought the island has already many functions it suffers from underuse. It is mostly no man’s land, with occasional overcrowding on special events as a tennis tournament.

The proposal offers a proper connection of the island to it’s surrounding and adds a new tram station right in the center of it easy accessibility. It also defines a secondary road and bridge to form a circulation system rather then a dead end. a Parking garage is formed in the permitted area, it is used to elevate the public space to the flood protected level and forms a flooding safety mechanism that would store water and aid in controlling the flood. A new function is added to the island a new concert hall that sits perfectly and monumentally on the island overlooking the Prague’s castle. In aid of the touristic attraction a funicular connects the high ground of Letna Park with the island thus completing the circle of the pedestrian and tourist path, luring more people towards the island. The Tennis stadium is refurbished and made into a more attractive structure with a set of new facilities.

Apart of the these main iconic structures a set of new functions are proposed, the site is too expensive to allow affordable housing, therefore a more daily use is found for the site. Educational and cultural activities along side with office and retail are placed in relation of the tram stop and form a new corridor in the middle of the island. The island becomes a vibrant place full of life in its developed area. This area is contained to one third of the island, while two third of it are still kept for greenery and recreation, with pedestrian and cycle paths.